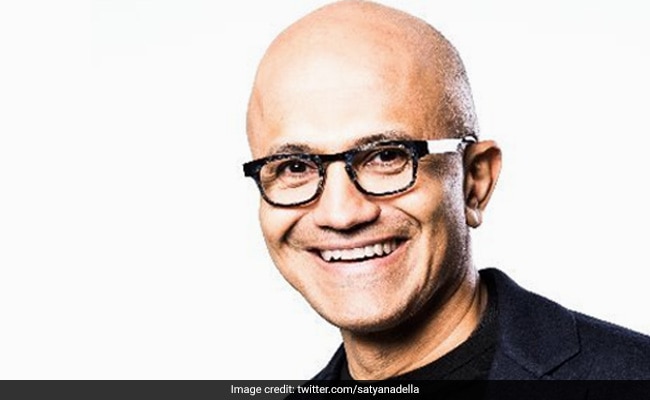 Satya Nadella made the statements at the World Economic Forum at Davos. (File)

An Indian farmer recently used a ChatGPT interface to access an opaque government programme via the internet despite knowing only a local dialect, Microsoft chief Satya Nadella said on Wednesday to underline that the world is entering a golden age of artificial intelligence.

Recent breakthroughs in the AI space and products like ChatGPT are capturing broad attention and generating excitement, he said during an interaction here at the World Economic Forum Annual Meeting.

Nadella said technology will provide more and more ways to bring people together.

The cutting-edge chatbot ChatGPT is capturing the world’s imagination and the new artificial intelligence site amassed 1 million users in just five days after its recent launch.

ChatGPT answers complex questions via short prompts on a vast array of topics, and even writes lyrics and poetry.

Speaking with WEF Founder and Executive Chairman Klaus Schwab, the Microsoft Chairman and CEO said that a golden age of artificial intelligence (AI) is underway and will redefine work as we know it.

“The future of work is not just about technology and tools. It’s about new management practices and sensibilities to the workplace,” Nadella said.

He said Microsoft is opening up access to new AI tools like ChatGPT and he sees these technologies acting as a co-pilot, helping people do more with less.

He provided two anecdotes of recent use cases of GPT technology, the first of an expert coder from Silicon Valley who improved his productivity by 80 per cent by using the model to help write better code faster.

The second one, he said, involved an Indian farmer who was able to use a GPT interface to access an opaque government programme via the internet, despite only speaking a local dialect.

“AI is just at the beginning of the S-curve. The near-term and long-term opportunities are enormous,” he added.

Looking ahead, he said, Microsoft intends to lead on quantum computing.

On safety and security, Nadella said the operating principle for protecting critical infrastructure should be to assume the worst — “have zero trust”.

“Safety and security needs to be included right at the design stage,” he said.

Sustainability is at the core of the business and by 2050 Microsoft aims to not just be carbon-neutral but carbon-negative, he added.