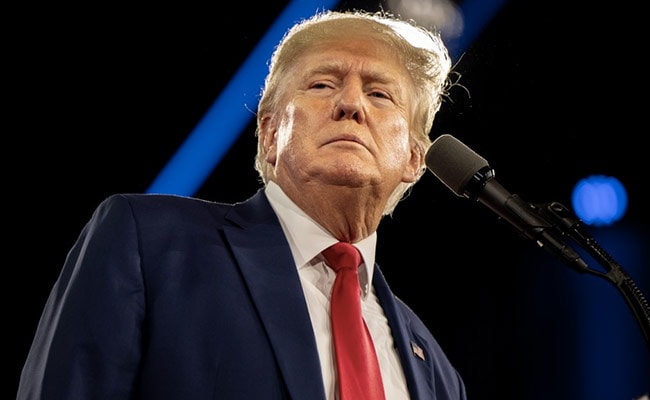 After claiming that she “was not my type,” Donald Trump stunningly mistook his sexual assault accuser E. Jean Carroll for his ex-wife Marla Maples in testimony for her suit against the former president.

Excerpts of a deposition of Trump released Tuesday saw him potentially undermine one of his key defenses against Ms Carroll’s allegation that he raped her in a New York department store changing room in the mid-1990s.

Ms Carroll, now 79, has sued Trump for both sexual assault and for defamation after he said in a 2019 interview with “The Hill” that she was “totally lying” and simply trying to market her book.

In the October 19 deposition, Trump repeated his oft-made claim that he could not have pursued or raped her in the changing rooms at the Bergdorf Goodman store because he is not attracted to women who look like Ms Carroll.

“I’ll say it with great respect. Number one, she’s not my type. Number two, it never happened,” he said.

Asked directly in the deposition about the alleged incident, he repeated the statement.

“Physically she’s not my type, and now that I’ve gotten indirectly to hear things about her, she wouldn’t be my type in any way, shape, or form.”

But when he was shown a picture of himself with Ms Carroll and others at a reception in the 1990s, Trump said, “That’s Marla, that’s my wife,” before being corrected by his own attorney.

Ms Carroll, a columnist for “Elle” magazine in the 1990s and later a writer for other prominent publications, did not go public with her allegations at the time of the incident.

But in 2019 she publicized it in a new book, sparking Trump’s denial.

Then in November, after a new New York law designed to protect victims of sexual assault decades after attacks took effect, Ms Carroll expanded her case by suing Trump for the assault.

The suits seek monetary damages for psychological harm, pain and suffering, loss of dignity and damage to her reputation.

The court took depositions from both in the defamation case in October, and the judge said the trial would open on April 10.

Trump could be protected in the defamation case because he made the initial statements against Ms Carroll while he was president.

But he has continued to comment, including in an October social media post when he called her story “a hoax and a lie” and her book “a complete scam.”

Ladakh River Freezes Due To Drop In Temperature In Kargil