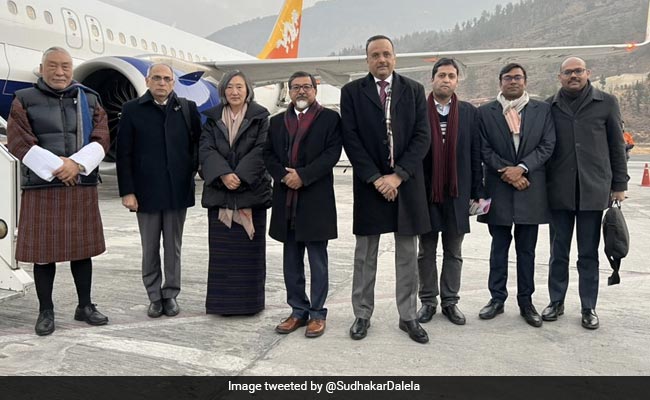 Just a week after China and Bhutan held a meeting and decided to push forward boundary negotiations, India’s Foreign Secretary Vinay Mohan Kwatra made a two-day visit to the Buddhist kingdom.

A tweet by India’s ambassador to Bhutan, Sudhakar Dalela, said that there were “engaging conversations, positive outcomes, expanding partnership.”

The boundary negotiations between Bhutan and China remain important for India, as they involve talks over Doklam. This area in Bhutan overlooks India’s ‘chicken neck’ – the stretch connecting the north-east with the rest of India. In 2017, the Indian and Chinese armies engaged in a face-off in Doklam for two months.

A couple of years ago, in what is seen as a bid by China to further pile pressure on Bhutan, they opened a new front staking claim to the Sakteng Sanctuary in Bhutan. This borders India’s Arunachal Pradesh, which is highly sensitive for India with respect to China.

Most recently, on December 9, Indian and Chinese soldiers had engaged in a face-off in the Tawang sector of Arunachal Pradesh. The Sakteng Sanctuary borders the Tawang district.

Tourists Make A Beeline For Gulmarg After Fresh Snowfall